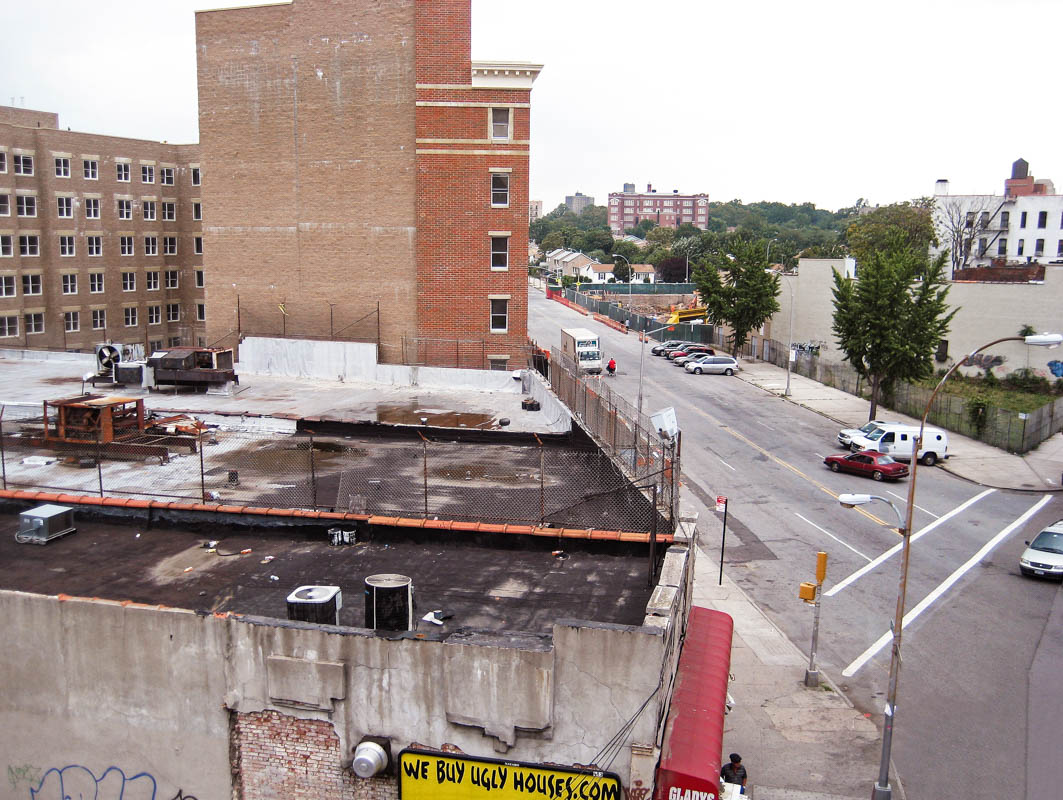 The South Bronx has long been known as a disaster area and a symbol of urban decay in the United States.

Long before the “South Bronx” got its name, there was just the Bronx. When the City of New York began to push subway lines into the area at the beginning of the 20th century, the Bronx transformed into a city of its own. The more successful immigrants in New York moved to the borough, seeking for better life in the Bronx. Grand Concourse, a street which was based on the model of Champs-Elysées in Paris, was opened in 1909. Grand Concourse initiated a housing boom, especially among Jewish and Italian families, who were fleeing from the crowded life in Manhattan. The Bronx of the 1920s, 1930s and 1940s became a staging ground for the American Dream, home to 1.5 million people.

The change began in the time after World War II: Large immigrations of impoverished Puerto Ricans and African Americans jammed the neighborhoods of Harlem and East Harlem in Manhattan. The problems Harlem was struggling with overflowed into the southern neighborhoods of the Bronx. Many of the former residents in the Bronx fled to other parts in the borough. This trend is described as “White flight”. Mott Haven was the first neighborhood in the Bronx to give rise to the term “South Bronx”, but very soon, as the problems of poverty and crime expanded to other Bronx neighborhoods, the term was used to describe those neighborhoods that have been affected. Many different factors are discussed to explain the reason for urban decay in the South Bronx. One of these factors was the construction of the Cross Bronx Expressway by Robert Moses. The expressway, which runs through the heart of the county, destroyed one neighborhood after another, such as High Bridge and Tremont. Elsewhere in the Bronx, enormous public housing projects wiped out established neighborhoods. People in those slum neighborhoods became poorer and poorer, and drug abuse became more and more prevalent. By the 1980s, the City of New York and the media have redefined the boundaries of the infamous South Bronx to include everything south of Fordham Road.

In the late 1960s and 1970s, a wave of arson overtook the South Bronx. Arson became popular because landlords would collect the insurance money for their buildings. As a result, many streets were entirely burnt out. By the 1990s, nearly half of all the buildings in the affected neighborhoods were destroyed. The Bronx was completely neglected by the City of New York, and many residents complained that the NYPD did little to fight crime in their districts. This period of misery, lawlessness and chaos made the South Bronx a nationwide symbol of the dark side of the American Dream. During a Yankees Game of the 1977 World Series, the camera showed a night panorama of Yankee Stadium and, maybe half a mile away, an anonymous building on fire. Millions of viewers watched the skyline engulfed in flames as sports commentator Howard Cosell shouted, “Ladies and gentlemen, the Bronx is burning”.  In the same year, Jimmy Carter made a visit to Charlotte Street, which was laid to waste and looked like it had been bombed out in a war.

In the 1990s, the South Bronx finally began to change. By now, the ruins have all been cleaned up, and in their places, new houses were built. In the wake of lower crime rates city-wide, the South Bronx has also experienced a decline in crime. It is remarkable how fast the South Bronx began to change for the better; however, it is still a long way from a complete recovery, the majority of the population still lives below the poverty line. During maybe its worst times, the Bronx also gave rise to a very innovative youth, which experimented with new music styles. Hip hop and break-dance were both invented in the South Bronx. In 1982, Grandmaster Flash released his single “The Message”, which turned out to be one of the best rap songs ever. It talks about the struggles and the frustrations of living in the ghetto. In the same time, another controversial art form, graffiti, was invented in the Bronx.