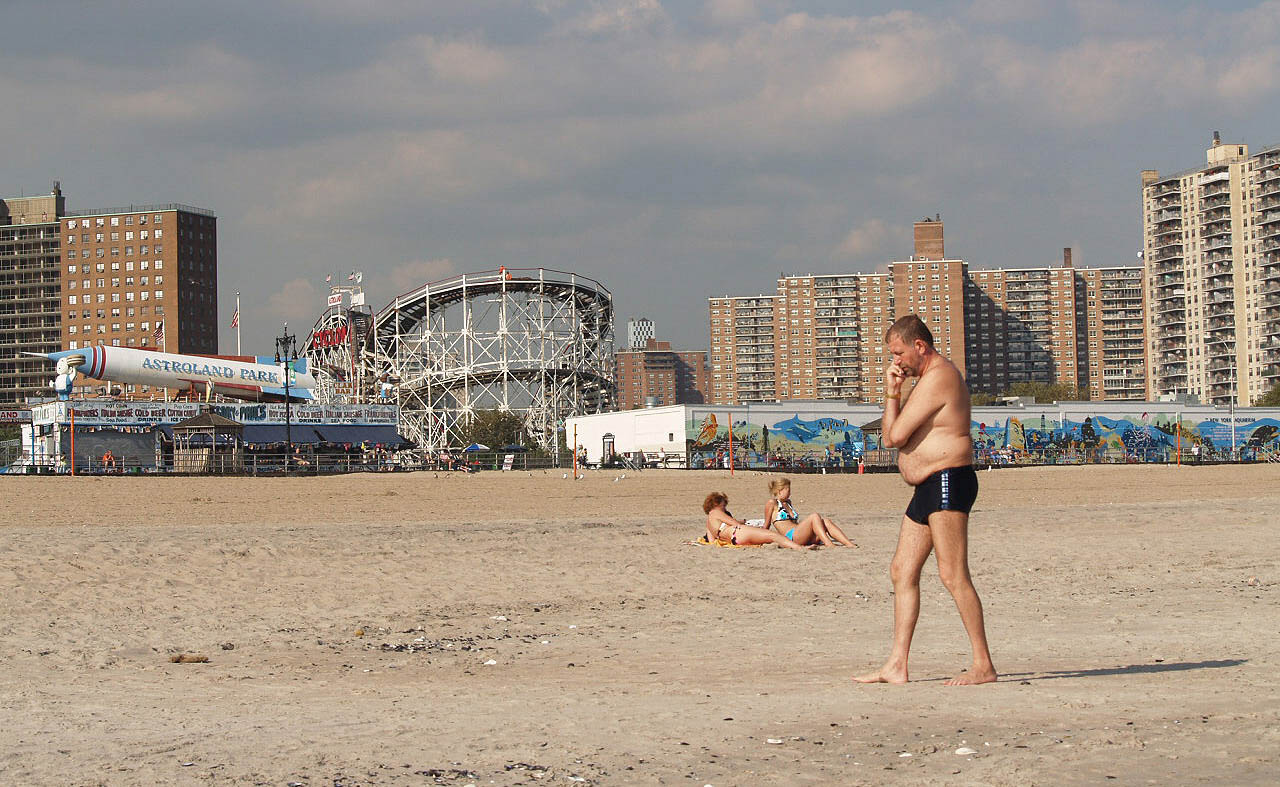 Coney Island is a peninsula, formerly an island, in the southernmost part of Brooklyn and a neighborhood of the same name. It is most famous for its beach on the Atlantic Ocean and for its amusement parks. Especially during summer, the area attracts a lot of visitors. But the enchantment of Coney Island stems from a longer and broader history than summertime amusements.

Between 1840 and 1870 Coney Island became a popular summer attraction, mainly as a beach resort for wealthy American citizens. During that time, rail road lines were built to connect the area with the rest of the city. By the end of the century, Coney Island had become a popular place for gamblers, hard drinkers and racers. Sinful activities, such as gambling and prostitution, gave rise to the name “Sodom by the Sea”. In the same time, at the beginning of the 20th century, they started to build attractions and amusement parks to attract middle class people and families. The neighborhood turned into what was known as the largest amusement area in the world. At its peak, Coney Island contained three competing amusement parks at the same time. Dreamland, which opened in 1904, was the largest of the amusement parks; however it struggled to compete with nearby Luna Park, which was more popular. In 1911, Dreamland was destroyed by a fire, and it was not rebuilt. Nathan’s Famous original hot dog stand opened on Coney Island in 1916 and quickly became a landmark. The era of glorious Coney Island lasted until World War II.

During World War II, the amusement parks were still able to attract visitors, but the aftermath of the world economic crisis led to a decline in customers. In the 1960s, large housing projects were built in Coney Island. These new low-income apartment buildings brought many poor people to the area. The neighborhood became a sad, crime-ridden reminder of past glories. In 1964 Steeplechase Park, the last of the major parks, closed. During the 1980s a slow, enduring comeback began, with new rides and freak shows. Today, Coney Island is still in transition, but its future remains unclear. Astroland, the last remaining full-sized amusement park, ceased operations on September 7, 2008. On the grounds of Astroland, a new amusment park named Luna Park is currently open during summer seasons. Despite its attractions and its popular beach, Coney Island remains a low-income neighborhood, and some parts of Coney Island still appear neglected and run-down. The contrasts between ugliness and glory, however, give Coney Island its special atmosphere and a very unique character. 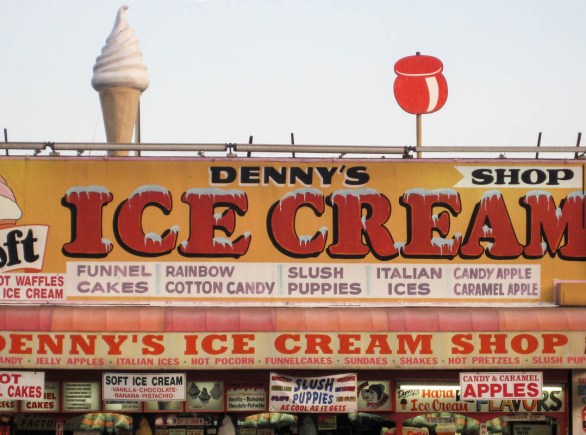 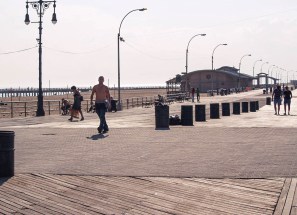 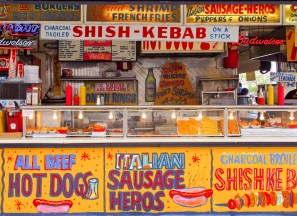 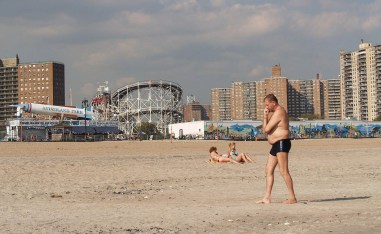 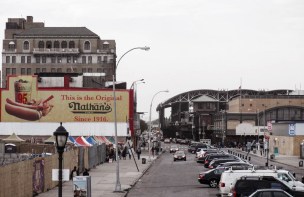 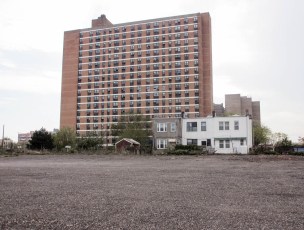 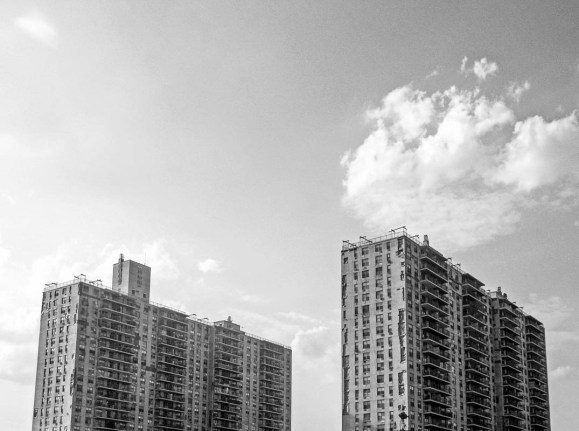 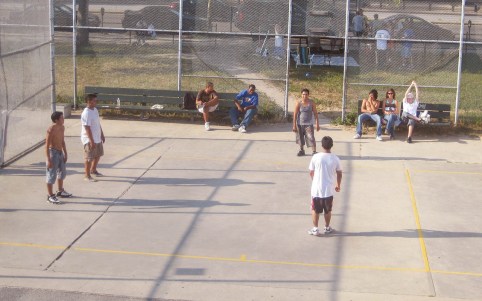 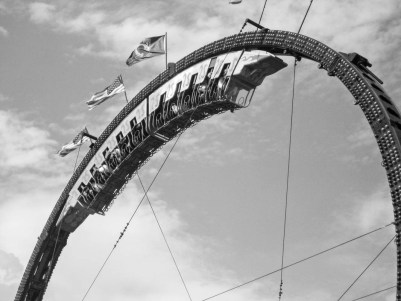 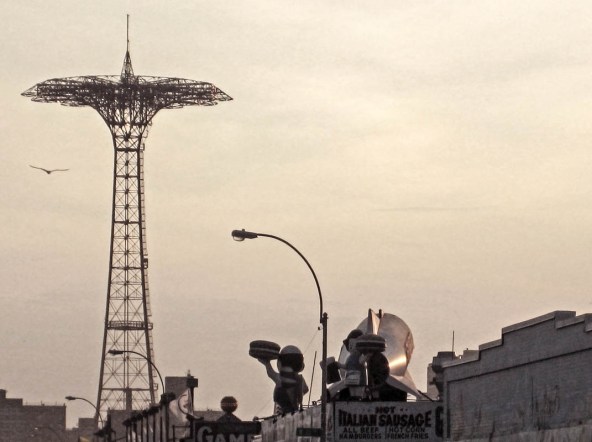 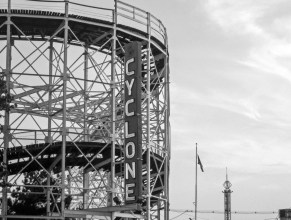 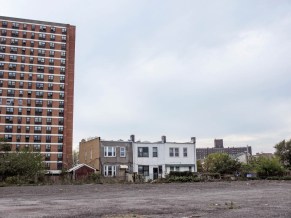 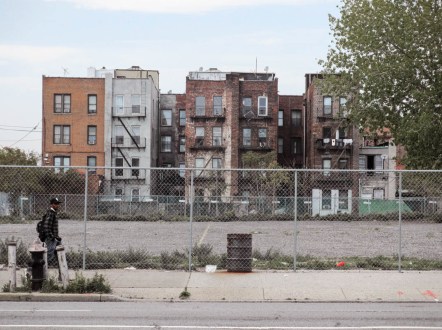 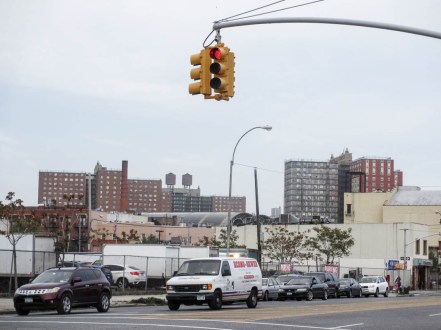 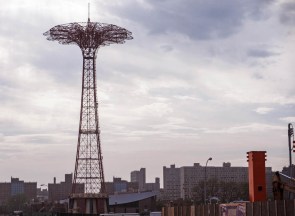 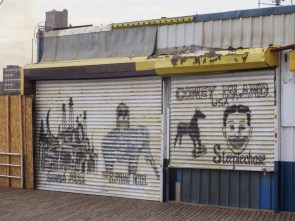 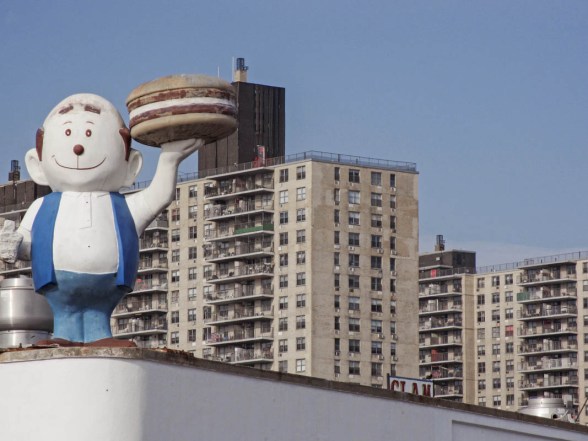 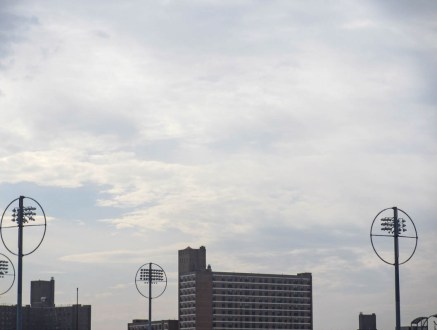 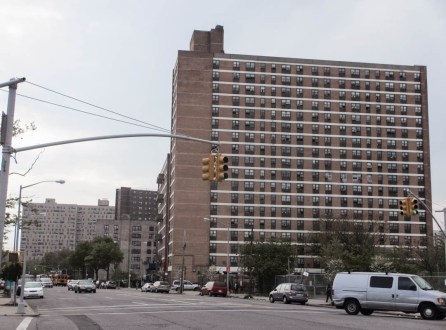 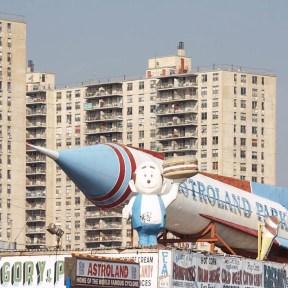